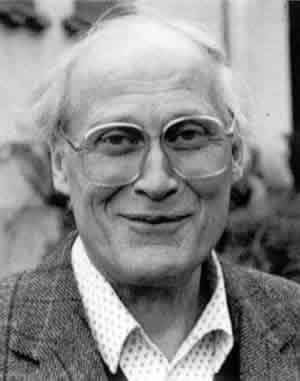 His baptismal name is Anton Hellinger. As a member of the Congregation of Mariannhill Missionaries, Hellinger's name was Suitbert, abbreviated as "Bert". He retained this short name even after leaving the order in 1971.

Hellinger grew up in Cologne and studied philosophy, Catholic theology and education. He was ordained a priest in 1952, and subsequently worked as the director of a Catholic missionary school in South Africa until 1968. His baptismal name is Anton Hellinger. As a member of the Congregation of Mariannhill Missionaries, Hellinger bore the name Suitbert, abbreviated as "Bert". He retained this short name even after leaving the order in 1971. In the course of leaving the order, he also resigned from the priesthood and married. Today he lives with his second wife Maria-Sophie Hellinger-Erdödy in Stanggaß, a district of Bischofswiesen in Berchtesgadener Land.

Hellinger attended courses with Arthur Janov and Frank Farrelly and completed further training as a psychological psychotherapist (specialising in psychoanalysis). However, the Vienna Psychoanalytical Association refused to recognise his training. Of particular importance to Hellinger was the work of the family therapist Virginia Satir (1916-1988), who practised with family reconstruction since the 1960s. He became known for his modified family constellation (or family places).

Hellinger sees his method as a variation of the work of the family therapist Virginia Satir, who has worked with family sculptures since the 1960s.

In a family constellation according to Hellinger, the person doing the constellation (if possible men for men and women for women) from the circle of those present, representing family members, is spatially arranged in such a way that they correspond to his or her perception of the family situation. The change in the client's view of the problems is then to take place through intellectual and emotional insights from a field of knowledge (Albrecht Mahr), which the client gains from this constellation and the (above all immediate and unconscious) reaction of the persons involved.

Bert Hellinger has further developed his constellation work under the influence of ethnic conflicts in family systems. Today, he increasingly carries out the so-called "movements of the soul and spirit", in which the deputies silently abandon themselves to their movement impulses from the role and the systemic field. This usually leads to dramatic, mostly solving movement patterns in which the leader only intervenes sparsely.

In constellations, it could be observed time and again that the deputy was able to give quite precise information about the state of mind and the network of relationships of the person represented. The high degree of agreement between statements of deputies and original persons has already been researched (among others by Gert Höppner, see bibliography below). In this respect, the constellation brings to light something hidden, which could reveal itself beyond manipulation and conscious background knowledge. This would open up possibilities to work on the network of relationships of the system set up and to find possible solutions.

According to Bert Hellinger, family constellation was initially only a method of determining the nature of relationships in a family and what works there. In the first place, it was neutral.