Richard Bandler - one of the founders of NLP 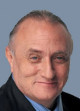 
The cooperation with John Grinder after 1972

During the courses on Gestalt therapy Richard Bandler met John Grinder and asked him to join the group as an observer (supervisor). This developed into a collaboration in which they also exchanged roles. First of all, they described linguistically sound language patterns and developed their own communication model from these, calling it a "meta-model". This led to Bandler and Grinder's first joint book "The Structure of Magic I" (1975). Later they moved on to the analysis of non-verbal communication.

Bandler and Grinder chose people as models who were exemplary in their field to find out what they did differently from others. They recorded the knowledge they gained in comprehensible steps. In retrospect, they called this process "modelling".