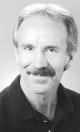 John Grinder studied philosophy at the University of San Francisco. He then joined the military and served in Europe. After working as an undercover agent for the CIA for several years, he began studying linguistics at the University of California in San Diego in the late 1960s.

At the beginning of the 1970s he had made a name for himself within the school of transformational grammar that goes back to Noam Chomsky. He was now assistant professor of linguistics under Gregory Bateson at Kesge College. John Grinder first brought his linguistic knowledge and his knowledge of the process of modelling to the collaboration with Richard Bandler. Their unusual activities are described in the book 'The Wild Days. NLP 1972- 1981'. At the beginning of 1974 Bandler and Grinder started a project that was to become the starting point for Neuro Linguistic Programming as a 'Meta-Model'. During the work on the 'Meta-Model' they were in active exchange with Virginia Satir and Gregory Bateson. The work on the 'Meta-Model' resulted in Bandler and Grinder's first joint book "The Structure of Magic I" (1975). Later they moved on to the analysis of non-verbal communication.

Bandler and Grinder chose people as models who were exemplary in their field to find out what they did differently from others. They recorded the knowledge they gained in comprehensible steps. In retrospect, they called this process "modelling".